Spanish photographer and cyclist Sergio de Arrola went on an epic journey, traveling from Cairo to Capetown on a bicycle. I wrote the introduction to the book Rolling Habits Africa, that resulted from this trip.

Finding Yourself And Others Along The Way: A Photographic Roadtrip On A Bicycle

I’m not unfamiliar with the bicycle serving as a main form of urban transportation. Seven out of eight adults in my country, The Netherlands, own at least one and ride on it frequently, myself included. We might be exceptional in that way but meanwhile, you can see European city dwellers of all ages choosing the bike as an alternative means of transportation. Some of them are just more ‘hardcore’ than others. I mean, it is certainly not without risk to attune with the attitude exhibited in traffic, the apparent impatience and bluntness expressed by those who are themselves safely cocooned in their mobile containers. Commuting over roads that still lack a decent infrastructure for the bicycle? It takes guts to expose yourself to such circumstances when the local authorities still haven’t made redesigning the streets a priority.

Taking such risks, living on the edge while enjoying the freedom, that’s not ‘hipster’, that’s rock ‘n roll! The attraction is in combining the mentality of a truck driver, the physical endurance of a sportsman, and the mindfulness of an environmentalist. It is exactly that mix of elements which I recognize in Sergio de Arrola (Spain, 1979) that helps me understand and admire the execution of a plan so wild and exotic that it can only be performed by a handful of the most extreme cyclists out there. I mean, how many people do you know that first traveled the United States from Coast to Coast on a bicycle in order to continue doing more or less the same in Africa, starting in Cairo and ending up… all the way South, in Cape Town?!

It is only for Sergio himself to see what is going on inside his head, but luckily for the rest of us, he has managed to capture his adventures photographically. […]

Full text in the book. It can be purchased here It could be noted how the last few editions of World Press Photo lead to overall winning images that seem to share a certain aesthetic form; something that could be recognized for vibrating a ‘detached intimacy’. How should this common characteristic be understood? 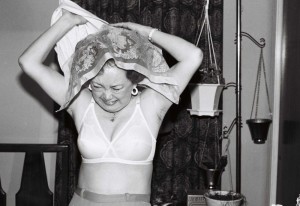 Taking Off. Henry My Neighbor is the story of a man named Henry who obsessively photographed his wife Martha, until the point of her eventual exhaustion. Is this yet another mysterious ‘anti-historical’ biography arriving from a proclaimed coincidental retrieve of a private archive, as presented by visual artist Mariken Wessels?

Despite that fact that photographic coverage of natural disaster often has a strong, immediate impact on the viewer, those same images ultimately seem to lack the strength to arrive at a genuine engagement with the subject at stake. Current affairs related to cataclysmic events can evoke immediate and genuine empathy from onlookers but that same interest also has the tendency to fade away fairly easily. What aesthetic means are at hand then, for a photographer, to arrive at a more enduring kind of compassion for a people directly affected by deluge, mourning their loss?

Unfortunately, the exhibition has already ended, but there is still a modest publication that accompanied this show at the Centre Pompidou, also including a selection of 30 or so original photographs of the paranormal phenomena that have always amused and fascinated the artist couple, arriving from the collection of the German ‘Institut für Grenzgebiete der Psychologie und Psychohygiene’, based in Freiburg.

In this book, with introduction texts by Clément Chéroux and Andreas Fischer, you can furthermore find some of Bernhard Blume’s personal thoughts on photography, the subversive nature of levitation and capturing mysterious appearances. 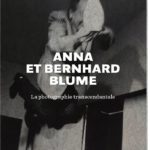 All my editorial contributions (in Dutch) to the online version of Newdawn Paper, 2014/2015

Annaleen Louwes (b. 1959, The Netherlands) studies the edges of existential circumstances and how they are shown through the language of the human body. Her commitment to the subject led her to a psychiatric institution in Den Dolder, near the city of Utrecht, where she stayed for a period of three months. This portrait is part of the powerful series that resulted from that residency.

The first thing that comes to mind when looking at this image is what Georges Didi-Huberman describes as ‘the invention of hysteria’:1 the intimate and reciprocal relationship between the disciplines of psychiatry and photography in the late 19th century. Didi-Huberman focused on the immense photographic output of the Pitié-Salpêtrière Hospital, a notorious Parisian asylum for insane and incurable women that was originally built as a gunpowder factory but turned later into a prison for prostitutes and a holding place for the mentally, if not ‘criminally’ disabled. It was there, under the direction of the medical teacher and clinician Jean-Martin Charcot, that women inmates were identified as hysterics and, for the purposes of closer observation and study, were systematically photographed. END_OF_DOCUMENT_TOKEN_TO_BE_REPLACED

The printed book has proven to be one of the most powerful media in the field of creative and documentary photography. I interviewed a selection of experts – editors/critics, publishers, photographers, designers, etc – to share their opinions on the developments in book production and design over the last ten years, and to critically reflect on the trends at stake.

This is three part interview. The first section was published as an article, published in the print edition GUP#47.

In the last decade or so, several new photography happenings in China, Cambodia, Guatemala, and all over Europe have seen the light of day. New York by now has a festival with a focus on contemporary photography, and so do Singapore, Montreal, Belfast, and Lagos – only to mention a few. But there was still one obvious blank spot on the map. That is, until recently: this October the first edition of the Tokyo International Photography Festival was held… and with great success!

Originally, in the 1960s, wearing a tailor-made suit and, ideally, moving around on a Lambretta or Vespa scooter, was a ‘cool’ act of rebellion against the mainstream. British photographer Owen Harvey focused his attention on the resurgence of a particular fashion style: the Mods. But is being rebellious still an option for the retro-Mods of today?

The retro-subcultures seem to have become depoliticized and with that, less vigorous. Instead of being rebellious and expressing a need to take over things, sooner rather than later, the contemporary teenager is assumed to seek instead a sense of belonging. The pictures by Dutch photographer Raimond Wouda at least seem to confirm that, as an institution, school is essentially a location to cling together. What his project shows is group behaviour at its core.

To sum up the assumption: all human beings function, by nature, both on a singular and a social level but in the age of insecurity – basically defined by the school years and its aftermath – we tend to still be a bit wobbly on both sides of the spectrum and, in such a situation, it is comforting to find shelter in something ‘retro’, in statements of a cult that has historically proven its strength.

Would that sufficiently explain why these youngsters dress up so smartly? Is it just because they feel secure in reactivating something that was successful in the past? Our feature article hints at an alternative interpretation: that the ‘rebels’ of the 1960s have eventually pushed their manifestations in such a direction that youthfulness went mainstream. […]